Elegantly dressed in a salwar kurta, she walks out of sweets shop, holding a big box of freshly prepared laddoos. It’s a special day as she has to participate in a traditional prayer that takes place in her home once in a year. She’s carrying those laddoos as sacrament for the worship. As she stops at the signal, waiting it to be green for the pedestrians, she casually looks around and what catches her attention is an old man, almost 70 years old, sitting across the road, at traffic single corner. As far as her eyes can capture, he is shivering, waving his hand straight towards her and begging for food.

She feels a strong urge of bringing a 50 rupees note and hand it over to him. And here she invites an internal conflict, her kind mind and of course kinder heart start arguing over the matter.

“He needs food, not money, can’t you see it” heart begins.

“I know, but I have no food to offer, if I give him money, he can go somewhere and buy something to eat” mind explains

“Do you really think he can walk a step without eating something? And yes, you have the laddoos” heart’s got a valid point here.

“You know that these laddoos are for sacrament and they needed to be offered to God first, then we can distribute them amongst people” mind isn’t wrong either.

Mind is surely taken aback by caustic yet true remarks of heart.

Out of this conflict and almost near to a conclusion she thinks to herself, “Yes, why can’t I give half of the laddoos to this old man and consider that God has accepted them as holy sacrament.”

With this very often internal conflict (she names it ‘Manthan’), she has forgotten that ‘Light for walkers’ has turned green three times till now. It’s the time to rush and reach to that signal, where the old man is sitting, constantly waving his trembling hands in air.

With a heart filled with kindness, she carefully hands over the box of laddoos to the man, keeping 2 pieces with her for worship ceremony. The old man accepts it delightfully, smiles and suddenly a wave of strange emotion runs through his face, leaving him smiling like a rapacious being.

Before she could find out what he’s saying, he begins, “You are right, I starve, but I don’t starve for food, I starve for something else. Would you feed me with that? Let’s find and place and sleep with me and then my starving will fade away”

The girl’s body is stunned as thousands of pointy needles are sewing her skin. She feels suffocated and a strong emotion of hatred flushes through her nerves. Is this really happening to her? A 70 year old man, eve teasing her or worst, sexually and mentally harassing her? IS this for real!

She turns back to walk away, confused, broken and deeply hurt. Crushing the remaining 2 pieces of laddoos through her sweating palm, she walks hastily across the road, without noticing the pedestrian signal. People honk and yell at her. Perhaps no one knows what she’s going through.

Despite of being a strong city girl, her eyes shed enough tears to block her vision. Careless to wipe them away, she keeps on walking towards her destination, numb yet juggling with thoughts flooding through her mind.

She barely remembers when she reached home, what excuses she gave to her family for not bringing laddoos and not to mention she skipped pooja session. Sitting in one corner of her room, she fights to get rid of the glimpses of unfortunate thing happened to her this morning.

She listens to loud music, so that she could block the old filthy man’s sick voice from penetrating her head. Nothing works. She closes her eyes and asks God, why did He make her feel this bad about life? A man who’s near about his grandfather’s age says such shit and just because she showed some kindness? Was God unhappy that she gave sacrament laddoos and punished her? No, God can’t be that implacable…

She thinks to herself she could have kicked the old man hard. She could have got him arrested. Why did she walk away as a coward? May be she didn’t expect such lecherousness from a man starving to death.

The conflict leads her to hate almost every man in this world. Yes, she’s right, every man has such filthy mentality about women and takes the female for granted all the time. It’s so humiliating. She bursts into tears and feels sorry for every girl, who has suffered everlasting pain for such kind of mental harassment.

She is on the verge of beginning to hate every man around her, but then she thinks of her father, who has been hero for her life. The man, who worked hard his entire life, so that his daughter could achieve her dreams without feeling an inch of trouble. The man, who taught her the best manners and right ways to live in this world and of course the man, who made her feel that being his daughter, was the biggest she has ever given to him.

Now, she thinks of her elder brother. The strongest part of her life! The one, who has always believed in her and let go all of her silly and serious mistakes; the young man, who has taught her to be independent and chase her dreams no matter what; the man, who extends his right hand towards her every RakshaBandhan and promises that he will protect has against all evil no matter what.

And then she thinks of all the male members she knows. The ones, she works with, the ones she studied with and the ones she interacts with through different means of communications. All the men, who truly believe that every woman deserves respect, care and right to equality, are now floating in front of her eyes.

She could see countless names and faces scrolling through her mind, which she can trust, whom she could feel good about and of course the ones, who represent brighter side of men.

Now it seems that the drivel of negative thoughts is being wiped away from the inner light she possesses. She feels fine now. She has no complaints from God and that filthy old man either.

She closes her eyes, joins her hands together and prays “Dear Lord, please protect every innocent brain from being harassed, let you positive light heal all the ailed minds. Forgive that old man for whatever he said or done today. Help me to forgive him as its really challenging for me. Heal his filthy brain because only you can do it”

Like the old & famous proverb says, "There’s always another side of the Coin" 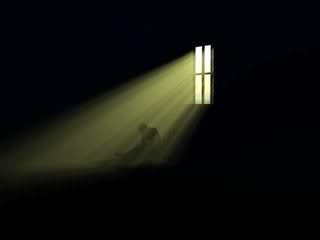