Black things I wanted as a kid

When I close my big black eyes…They actually open from the other side…They open into a long black tunnel…Memory lane, which leads me to childhood days!

When I was a kid, I had a long wish list. Long enough to make me sleep before I could enlist my each and every demand in front of God. The list was filled with multiple colors but black had a special place in it... Why? Because It had been my mom's favorite color...i have handpicked a few I could recall to share with you all... Here they are, 5 of them!

There were days when aka DD1 used to be only medium of entertainment. I remember watching the show अलिफ लैला  Alif Laila, which was telecasted Saturday night around 10:30 PM. My Mom would ask me to sleep by 9 PM but I somehow managed to keep my eyes open. I remember Sindbad The Sailor सिंदबाद जहाजी, sailing on his wooden boat.

Next morning I would wake up as Little Sindbad. I would utilize entire sunday enacting as Sindbad. The only thing that would go missing was-A boat. However, I was little advanced. I didn't want to ride an old wooden boat. I rather needed a brand new tiny boat, which had gorgeous black exterior and comfy interior. And, I wanted to sit in it and sail through High Seas (which obviously was the pond located nearby my house). 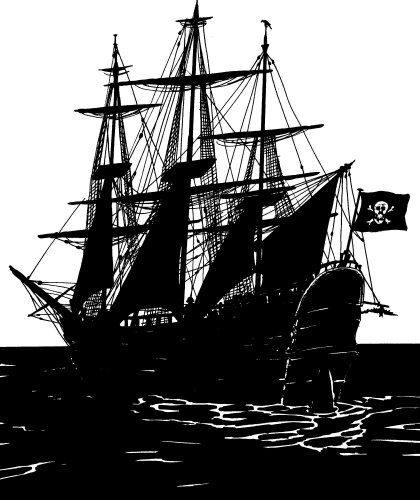 Lush Black Scooter, a tiny one

I remember my father’s love for his favourite scooter…He would treat it as his personal horse and called it Chetak चेतक...(Let me tell you, History scholars have a thing for महाराणा प्रताप )...Crux of the story is My Dad believed that he rode a horse everyday, like महाराणा ...As a result, He preferred that old scooter over car.  But, the scooter wasn’t as स्वामीभक्त as महाराणा प्रताप's horse चेतक would have been. It took hours and kick after kick to start it. In fact, sometimes Daddy needed to incline it towards him and then try kicking again and again. And Worse, It stopped in the middle of the road and started all the drama.

The family parade would also happen when we all had to go to market and Dad would find excuses to not take out car from garage and force us to accompany him on the scooter. He would somehow start his चेतक after all the efforts mentioned above and as we parked ourselves carefully on it, the खटारा would stop. Arrrggghhh! I hated it. 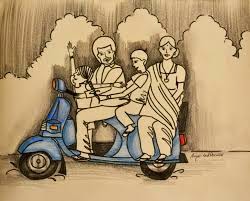 Well...That made me wish for a sheer black and classy scooter, which would start automatically or at least with a single kick. I wanted it to be lush black because I hated the color of खटारा, which was blue. And I also argued with my Dad that if his scooter was महाराणा's horse then why it wasn't black...? Well, I haven't seen any blue horse till date.

And yes, I wanted it scooter to be tiny, so that I could drive it easily... :) 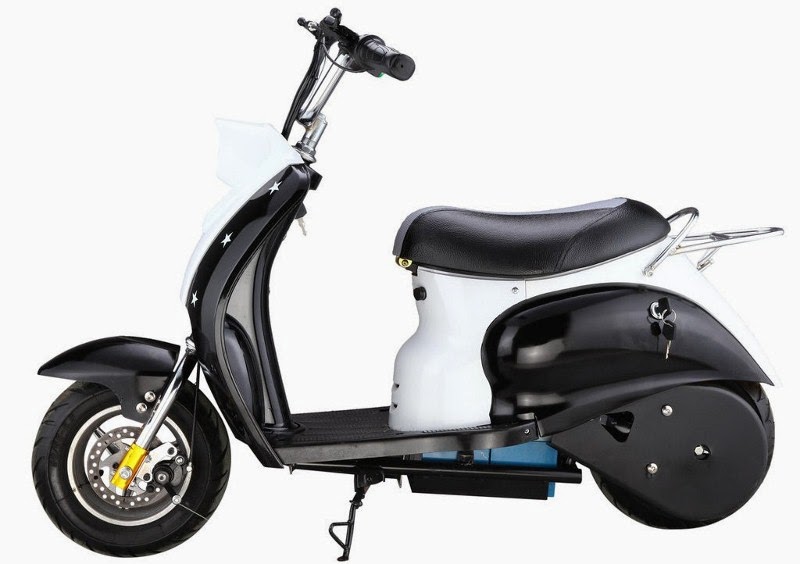 Black Helicopter, little one of course!

Like any other ambitious kid, I too wanted to be a doctor, an engineer, a teacher and a pilot too. However, I had taken flying a helicopter seriously. I preferred helicopter over airplane because I had noticed that pilot of helicopter sits under a glass and he can wave to the children waving back from earth. But, for that I needed a helicopter of my own. 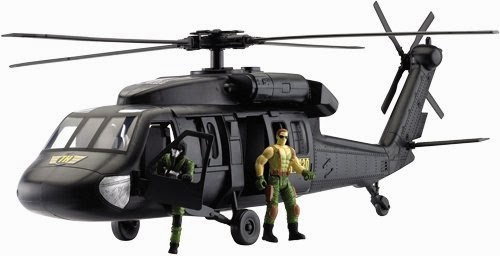 This one is a funny story. I was 4 when I got a chance to become fairy in school function. My Dad wandered in the streets of town to get the best ever feather wings for me. The wings were there, serene, white and gorgeous. I looked so beautiful in white frock, crown and wings. 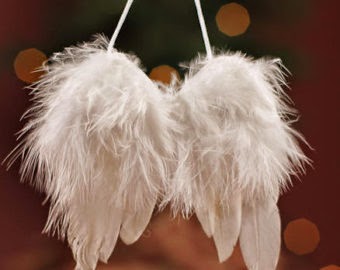 Somehow, after playing the role of fairy in fancy dress competition, I started believing that that’s how I should stay every day. So I started wearing those feather wings on regular days. But kid’s life isn’t as easy as grownups might think. Mommy didn’t want me to ruin the white and flawless wings. She was worried or should I say she was helpless because of her habits of keeping everything neat & clean.

ANYWAYS, my feather wings were locked inside the cupboard JUST because they were WHITE. I remember how I wished for BLACK FEATHER WINGS, which had no issues of getting dirty, while I played in dust.

This one totally goes for nostalgia. I remember my unforgettable school days, when blackboard and chalk pencils were used to write anything. Every morning, the nicely cleaned, intense blackboard encouraged me to grab the colourful chalk pencils and write my name on it. Being a little girl, I could never touch the even the lowest side of the board…writing anything was far less presumable… So, I always wanted a black board for me at home, with a box full of colourful chalk pencils. 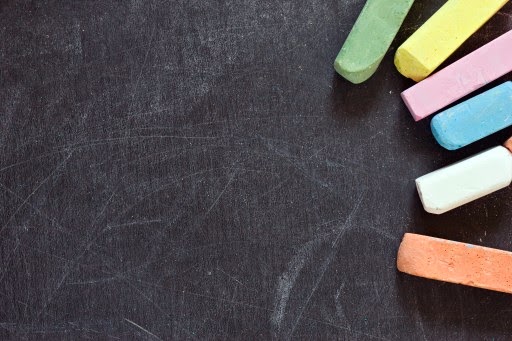 Black IS Beautiful and it can't be expressed in a single post. Read two more posts for the same, here:


This post is a part of #WhatTheBlack activity at BlogAdda.com
Posted by Unknown at 2:02 AM